Mirror pre-release is also known as Mirror Lock Up or MLU.  The theory is that when an SLRs mirror swings out of the way as the shutter is released, as it hits the top of the mirror box it creates vibrations that degrade the image.  In over twenty years of taking pictures with the Pentacon Six, I have not found this to be a problem in general picture taking.  However, some would disagree with me, and since the late 60s various manufacturers have offered a mirror lock up or pre-release on their cameras.

In 1968 the Minolta SR-T 101 35mm SLR had a nifty button for this, and the manufacturers suggested using it when taking macro photographs  where the degree of enlargement combined with the slow shutter speed could presumably result in degradation of the image.  If you changed your mind about a shot after winding the mirror up, you could wind it back down.

Why is all this necessary?  Because, once the mirror is up, you cant see anything through the viewfinder!  You have in your hands a sophisticated Single Lens Reflex that is worse than a box camera!  And there isnt even a sports finder that fits the Hasselblad  or the Kiev 88-6.

Exakta 66 & Pentacon Six
Starting with the Exakta 66 Mk III, the manufacturers fitted a mirror lock up or pre-release.  As with the Hasselblad 500C, it cant be cancelled once activated.  And as you cant remove the back on an Exakta 66, once youve released it, you have to fire the shutter  but you could at least fit a direct vision finder in order to re-compose.  The mirror pre-release uses a lockable cable release, connected to a new cable release socket on the back of the top plate, just under the advance lever. 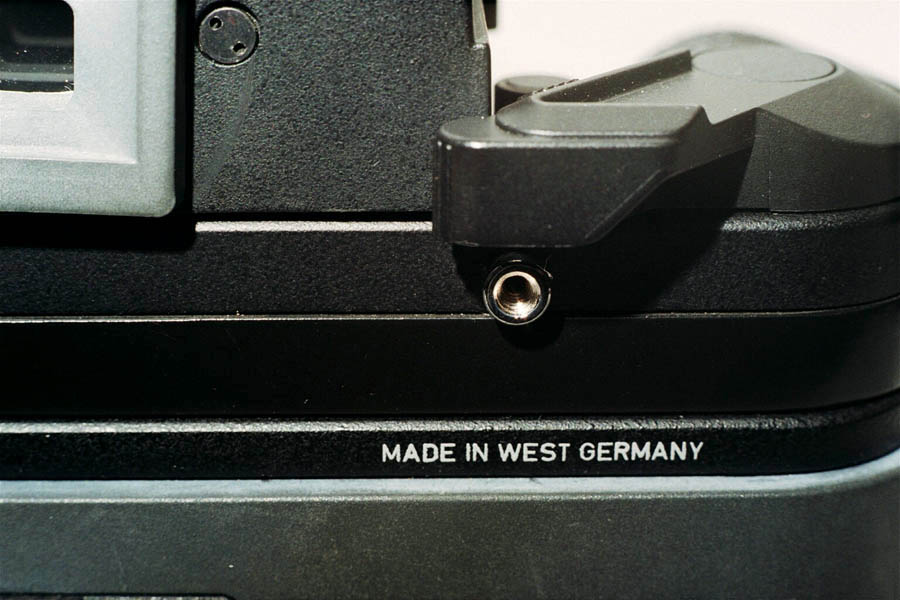 I had the Mk II / Mk III advance lever installed soon after the mirror pre-release upgrade.  This is slightly longer than the original Mk I lever, and much easier to use.  I suspect that using the smaller Mk I lever with the new cable socket just below it might not be too convenient.

It seemed to me that using the prism viewfinder with a cable release sticking out of the back of the camera was also a little inconvenient, or even uncomfortable.  A good friend in California came to the rescue by sending me an angled extension for the cable release socket.  This works beautifully, and the location of this socket no longer causes any problem at all. 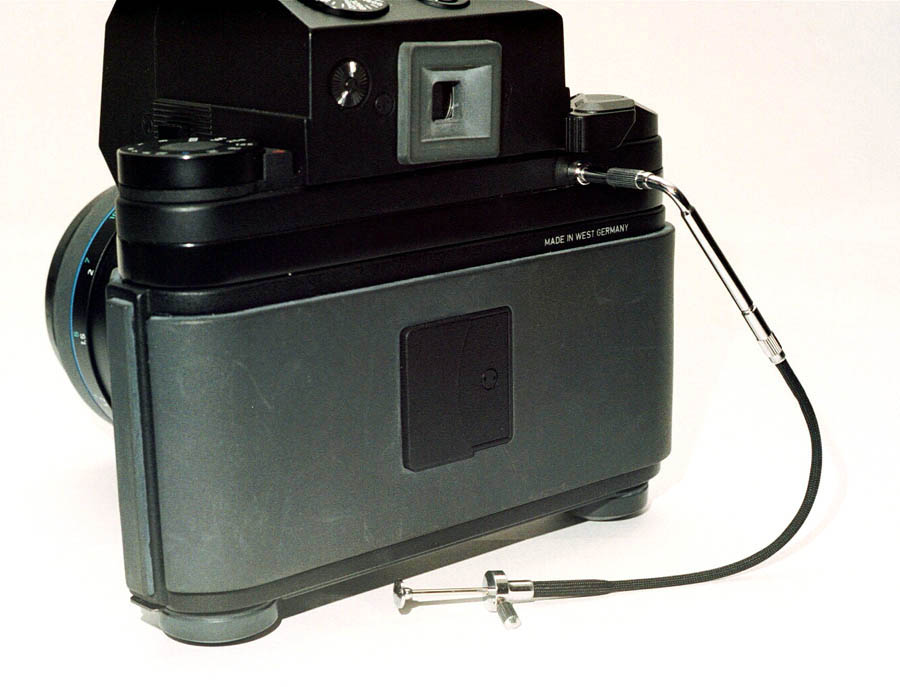 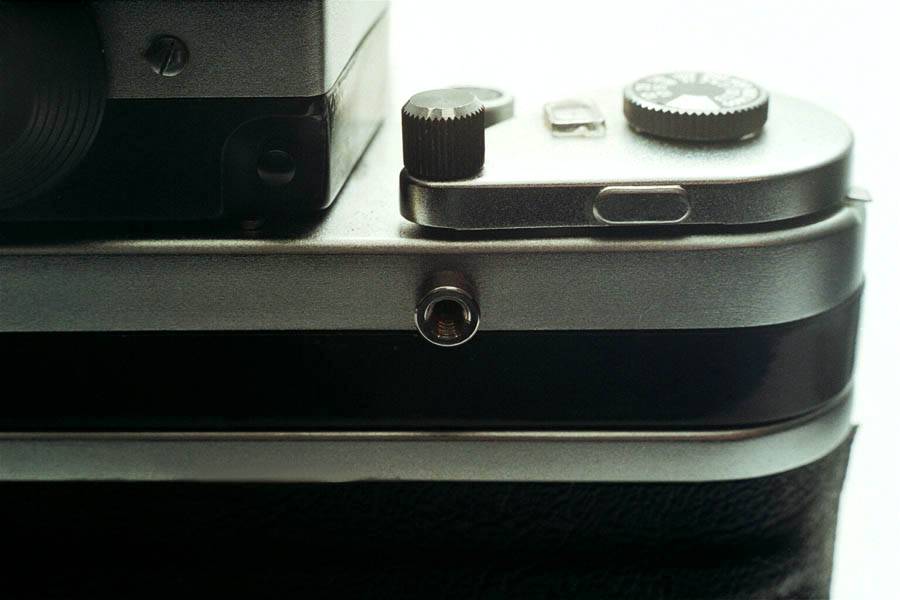 [C311-16:  The mirror pre-release cable socket installed on the back of my Pentacon Six.
The case still comfortably fits with this in place, and its location does not interfere with cocking the shutter
 one has to bring the thumb to the advance lever from above, not below, with the Pentacon Six.]

Operation of this mirror pre-release is cumbersome but useable.  Pentacon recommend it for slow shutter speeds, very long lenses and macro work.  In all these cases, the camera will be mounted on a tripod, a virtual pre-requisite for using a mirror lock up or pre-release.

Like any mirror lock-up or pre-release system, this is designed for slow, methodical working.  Most users will never need it.  But for some shots it may make a vital difference to the sharpness of the image.

Note that it is not possible to install the mirror pre-release on any version of the Praktisix, as the design of these cameras is quite different.

Rolf-Dieter Baier offers an alternative mirror pre-release system for the Pentacon Six, but I have no personal experience of it.  At the time of writing, you can find details of his system here (in German) or here (in English).

Kiev 60 and Kiev 88-6/Kiev B.i.G.-Six
and other variations of the Kiev 88 from Hartblei, Michael Fourman and others:  various mirror pre-release versions are available, and reviews from users range from satisfaction to frustration.  Visit the Kiev Report website or Kiev Camera for more information (see the Links page)

To go on to the next section, click below.
Next section (The Macro Lenses)

To return to the instructions front page, click here.