At the end of the 1990s and the beginning of this century a company or companies called Hartblei produced a number of lenses that were based on the optical elements manufactured by Arsenal in Kiev, Ukraine for Medium Format camera lenses.

The first impression of Hartblei equipment is that it is better than the equipment of the Former Soviet Union (“FSU”), but still way behind the standards of Carl Zeiss Jena and Schneider-Kreuznach. 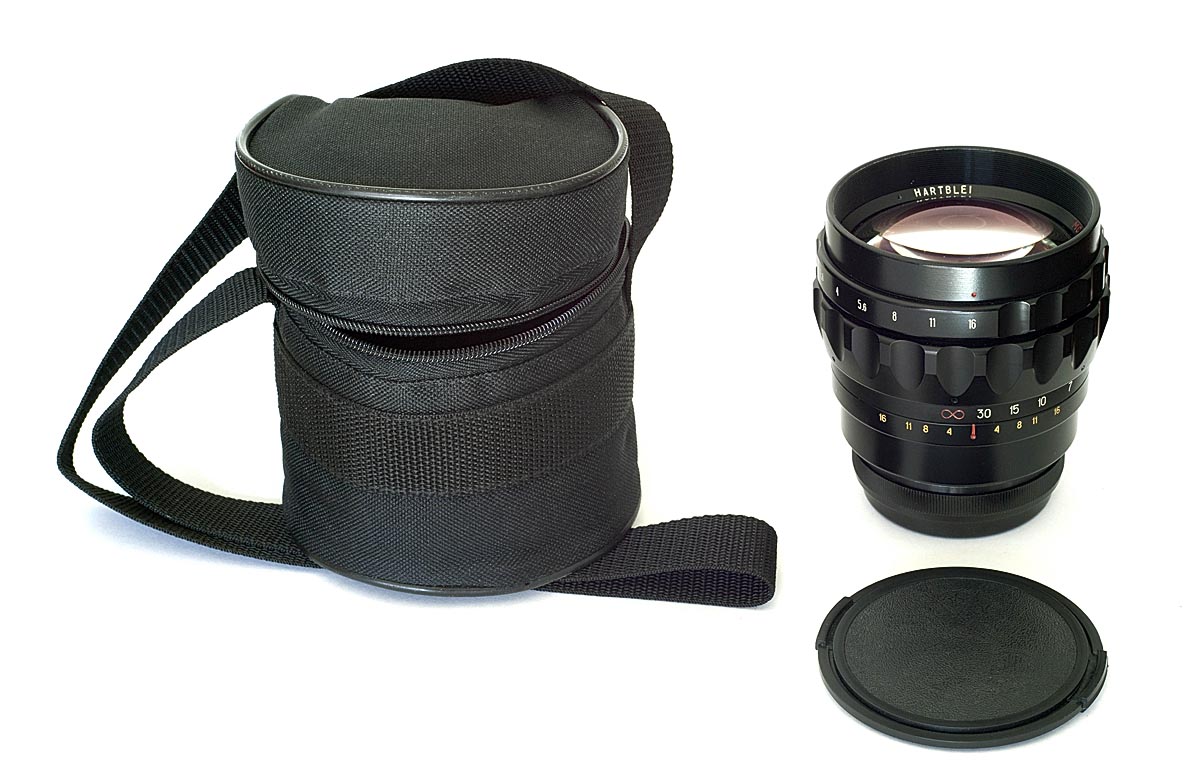 The 150mm Hartblei is supplied in soft black padded nylon case, with space for filters in the lid
(although no filters were supplied with the lens that I received from its previous owner).
[htbl150_1.jpg]

Like the 150mm Kaleinar/ARSAT lens whose optical elements it uses, the Hartblei 150mm MC lens focuses from infinity to 1.8m and has an aperture ring that has détentes at half-stop intervals from f/2.8 to f/16.

This lens weighs 1074g, fractionally less than the 150mm Kaleinar, which weighs 1100g.  It is 98.5mm long when focussed on infinity (not including the aperture pin) and has a maximum diameter of approximately 93mm.  (The Kaleinar is 99mm long × 88mm maximum diameter.)

You can read a review of the performance of the 150mm Arsenal Kaleinar lens here.

In conclusion, it seems to me that at the end of the 1990s and the beginning of the 21st century in the areas of both design and manufacture, Hartblei and its staff had not yet overcome the mind-set of 70+ years of communism.  The known defects of the Kaleinar should have been designed out, and scratched components should never have been included when assembling a lens.  This is not a question of quality control after the lens has been assembled, but of the standards required during assembly by all staff.

To go on to the information on Hartblei and Arsat shift lenses, click here.