There are two ways to achieve this focal length: the 300mm f/4 Carl Zeiss Jena MC Sonnar + a 2× converter, and the hard-to-find 600mm Arsenal mirror lens.  (There is also a manual, pre-set Meyer/Pentacon 300mm lens, which can be used with a 2× converter.  This lens is not included in these tests.)

At the time of the tests, only the 300mm Sonnar and a converter were available to me.  I used the Panagor 2× converter, and if I had had the results of the other tests with this converter, I would obviously have used the far superior Arsenal 2× converter, which produced excellent results with a series of lenses.  (The front element of the Schneider 2× converter extends too far forward to be used with the Zeiss 300mm Sonnar, the rear element of which is very close to the mount.)

As we would now expect from the Panagor, at maximum aperture image definition away from the centre is poor.  At f/11 there is quite considerable improvement, though the very edges and of course the corners do not match the sharpness seen in most other shots.  Tests of this Sonnar on its own show what it can achieve.  Coupled with the Arsenal 2× converter, I would expect excellent results. 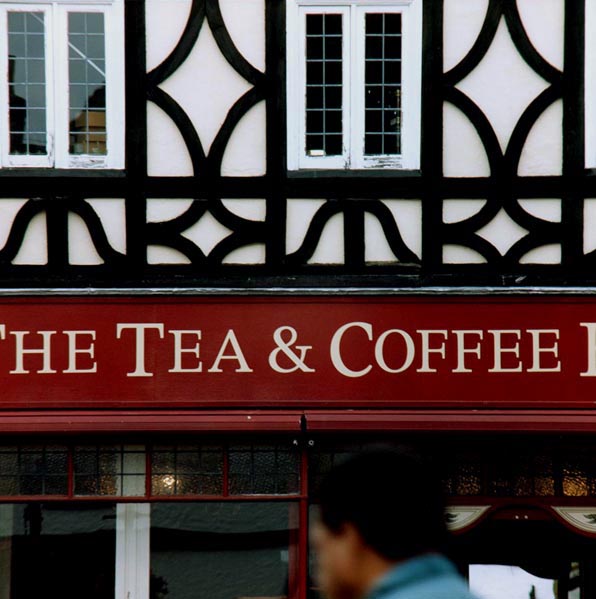 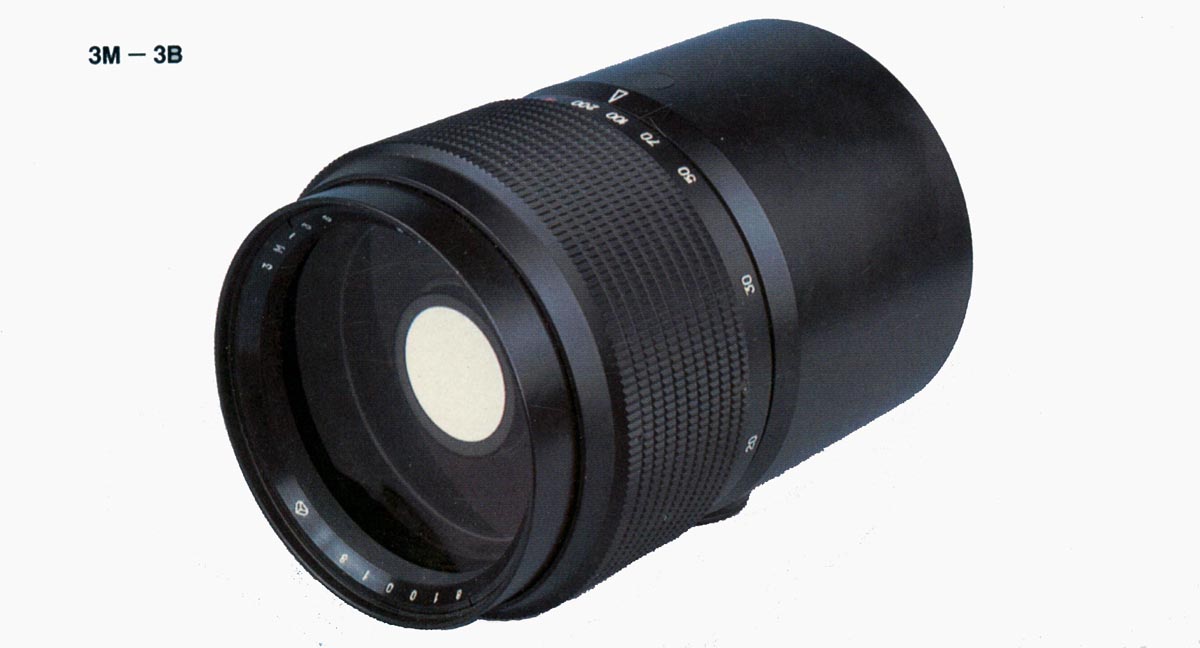 [600mmTechno1: The illustration of the 600mm mirror lens in the Technointorg, Moscow catalogue]

Subsequent to completing the original lens tests in Hitchin, I purchased the 3M-3B Arsenal 600mm f/8 mirror lens.  It does not have the cosmetic finish of the lens in the picture in my 1989 Technointorg catalogue from Moscow, which shows the standard pyramid studded ribbing that has been common on most lenses for the past 30-odd years. Instead, it has fine straight fluting (narrow straight lines) running along the length of the wide focussing ring. Some other MF lenses that I own have this finish.

According to the serial number, it was manufactured in 1974, but it looks brand new. It has a 52mm × 0.75 rear-fitting filter in place. The filter is not labelled, but I assume it is UV. It is in a standard filter mount, with (as is normal with filters) a female thread on the front surface.  This is turned round, so that it points backwards when mounted. A narrow retaining ring is screwed into the 'front' thread of this filter.  The ring has a wide ribbed flange that facilitates attaching the filter onto the back of the lens. It would be easy to replace the particular filter that is in my lens with another filter of one’s choice (for instance, ND). 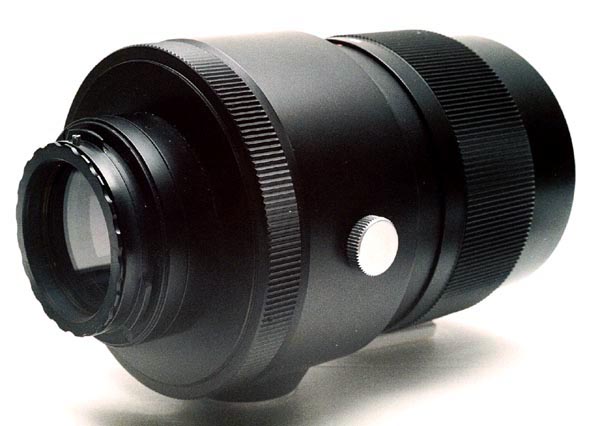 The lens has a metal front lens cap which looks just like the cap on my 150mm Kaleinar lens – though much larger, of course. My camera repairer, Tom Page of Wickford Cameras, Kent, has looked at the lens and says that it is in excellent condition. A lens hood was not supplied with the lens.  SRB, formerly of Luton and now located in Dunstable, are (I believe) the U.K.’s principal supplier and manufacturer of filter and lens mount adapter rings. They had not previously seen one of these lenses, and had no data on it, but their measurement showed that the front filter thread is 98mm × 1 and they made a ring to enable me to mount the Hasselblad Professional lens shade 93 (Hasselblad reference 40726) on this lens.   The Hasselblad shade has a mounting ring for 86mm lenses, and so fits the Carl Zeiss Jena 180mm and 300mm Sonnars, as well as the CZJ 50mm and 65mm Flektogons and the Joseph Schneider Variogon M 5.6/140-280.  (See Links to contact SRB or Wickford Cameras.)

The front of the 3M-3B rotates when focussing (the same as both Variogons), so I will need to investigate the bracket which Hasselblad make for use with the 50mm Distagon, which also has a rotating front element. The Hasselblad bracket is designed to locate with the slot on the left hand side of the camera (viewed from above and behind), but I imagine it could be modified to locate with the tripod bush of each of these lenses. (Each of these lenses has a 3/8 inch tripod bush, so a standard 3/8" to ¼" adaptor is needed for most people’s tripods.)

On this lens (but not the Variogons), the tripod bush is in a rotating lockable collar, which is particularly useful if one decides to use the lens on a 35mm camera, or on a Kiev 88-6 or 88CM with a 645 back (or a Kiev 60 modified for 6 × 4.5). However, it can also prove handy for minor adjustments of angle if the tripod (or the ground on which it stands) is not quite level

The lens has an aperture of f/8, one stop smaller than the Pentacon 500mm f/5.6, and this difference is clearly visible in the viewfinder, with the two lenses mounted side by side on a Pentacon Six and an Exakta 66, each with its TTL prism. Having a Rollei focussing screen in each of these cameras gives the equivalent of about 1+  more stop viewfinder brightness, but if I put a Kiev 60 TTL prism (via the Baierfoto adapter) on the camera with the mirror lens, this provides the equivalent of at least a further one stop of brightness, evening up the viewfinder brightness of the two lenses.  (Baierfoto can be contacted on www.baierfoto.de)

Of course, the Kiev 60 prism also shows the whole focussing screen, which the Pentacon Six and Exakta 66 prisms do not. This is generally considered a good thing, although it does take away the “safety factor” margin to allow for unavoidable cropping in most enlargers and slide mounts or the avoidable (?) cropping by most labs. 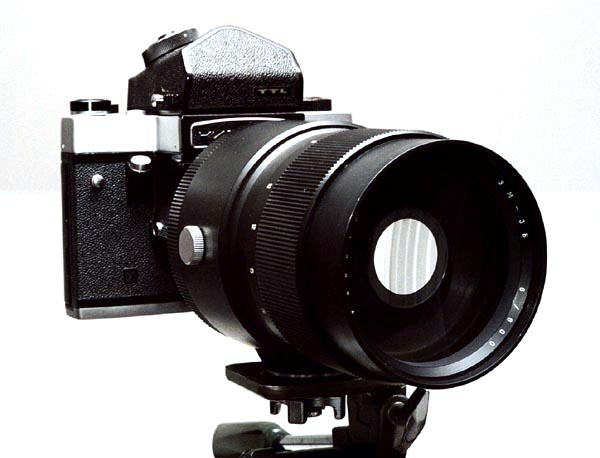 The “3M-3B” should perhaps be called “ZM – 3B”, if you “translate” the first symbol, which I believe is actually a letter of the Russian alphabet, not the numeral 3. I have also transliterated to “B” the final letter of the lens name. This is the Russian capital “b” – similar to a Roman alphabet lower case b with a bar across the top to the right from the vertical upright. This equals a “B” in English. This is the symbol used by the manufacturers to designate lenses with a Kiev 6C / Kiev 60 / Kiev 90 / Pentacon 6 mount (also subsequently the Exakta 66). For lenses with the Salyut / Kiev 80 / Kiev 88 lens mount, they use the Russian letter which looks like “B” and is in fact the equivalent of the Roman alphabet letter “V”. You can see why I always specify the CAMERA that the lens is to be used on, as well as the designation – one could so easily end up with the wrong mount, through a misunderstanding!  You can see a further explanation of this, with illustrations of the letters, here (near the bottom of the page).

The mirror lens has yet to be tested in the same setting as the other lenses, although I have taken tests in a different location. Here are my findings. 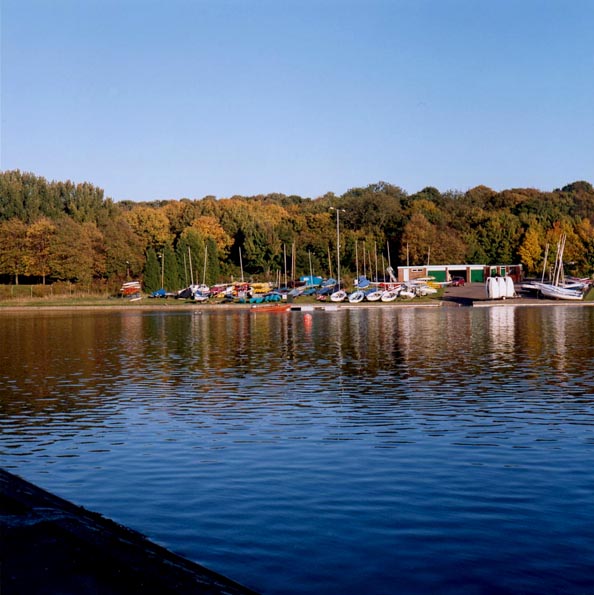 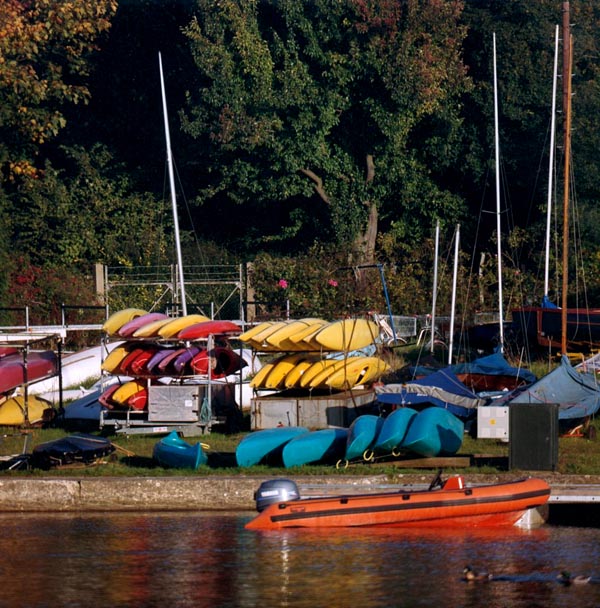 This lens is capable of producing EXTREMELY sharp images, but of course the depth of field is quite limited, so precise focussing is essential.  I tested for flare by shooting pictures of a lake with the sun reflecting off the water into the lens.  This worked quite well, but reflections from the water of direct sun shining into the lens produces totally unacceptable arc-shaped reflections.  This lens really does need an efficient lens shade for use when shooting towards the sun or other bright light sources.

This is what it looks like with the Hasselblad Professional lens shade 93 fitted via the SRB adapter ring: 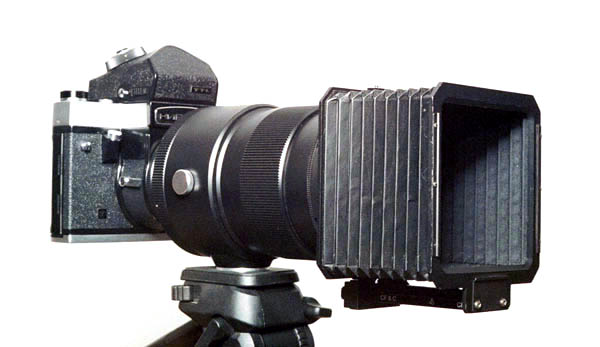 Shielding for the lens can be further improved by adding a mask to the front of the lens shade.  My shade came with masks for 120/150mm and 250mm lenses.  It will not be difficult to modify one of these masks (by reducing the opening) to give maximum shading for the 600mm lens.  When doing this, I plan to mount the lens on the Kiev 88-6, with the ground-glass screen and magnifying hood in place of the film magazine, to eliminate any possibility of viewfinder error.  The next image shows the masks as supplied. 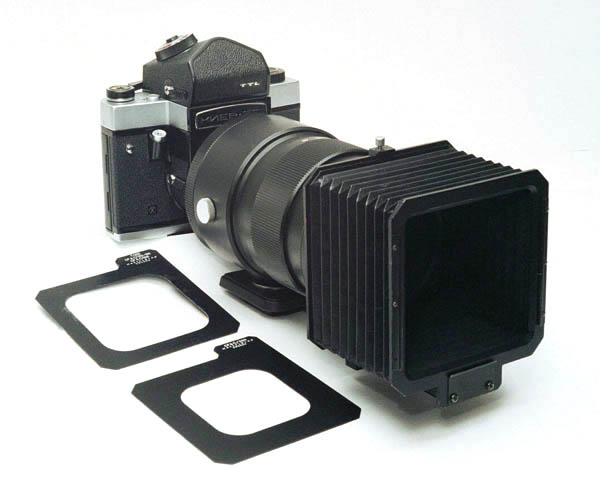 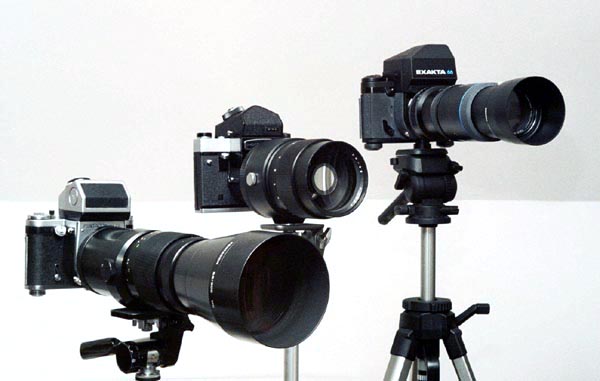 To go on to the next section, click below.
Next section (further 500-600mm tests)