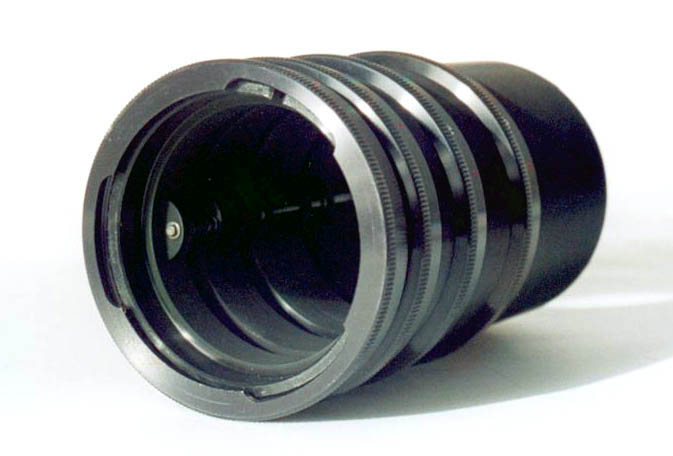 Pentacon Six automatic extension tubes.
The pin that operates the lens diaphragm can be seen inside the tubes.
[C309-13.jpg]

Close-up (or extension) tubes made by Pentacon, Exakta and Arsenal are available.  These tubes are placed between the lens and the camera, thus enabling the user to focus closer to the subject.

This manufacturer made two types of extension tubes over many years: Manual tubes and automatic tubes.

The manual tubes lack the aperture pin that holds the lens diaphragm open until the shutter is fired.  The manual tubes were introduced at approximately the same time as the original Praktisix camera.  Nearly all of the manual tubes had a chrome (or "silver"-coloured) external finish.  However, there were some manual tubes with the black finish that subsequently became fashionable.  Here are both versions:

Obviously, all tubes have to be matt black inside to avoid reflections, which would ruin contrast and probably also cause "ghost" images.
[2mantubs.jpg]


To see information on the dimensions of these tubes and charts showing the image area covered, image scale, etc., click here.

Diaphragm automation may be obtained by adding the special Pentacon aperture control ring with a double cable release – see the pages on the Pentacon Six bellows.  This ring is also illustrated lower down on this page.

Pentacon’s standard automatic extension tubes come as a set of four.  In the image at the top of this page it should be possible to see the aperture control pin.  Using any one of the tubes, along with the focussing range of the lens, or any combination of them, provides an enormous range of magnification, and Pentacon published lists of the image area covered by each tube or combination of tubes, and the exposure factors necessary to correct for a meter reading taken without the tubes.  Using a TTL meter avoids the need to use these correction factors, and is the approach I always use.

I have labelled the black tubes with Dymo tape to show the extension that each one gives.
You can see the auto aperture pin protruding to the right of each set of tubes
[2auttubs.jpg]

Pentacon realised that there was a gap in the range between using the standard Biometar 80mm lens on its own at maximum extension, and using the same lens at minimum extension (i.e., infinity focus) with the shortest tube in the set.  They therefore made a further auto tube to cover that gap.  This tube gives an extension of 10mm, and it is so shallow that there is no space for the standard breech-lock ring; instead, the tube is mounted first on the lens, by twisting it into place, and the lens/tube combination is then mounted on the camera body in the standard way.


A two-tube set made by Arsenal is available.  A few years ago these were supplied as a standard accessory with the Kiev 60, but now they are not usually included in the camera kit, and have to be purchased separately.  While being entirely adequate for the task, their design is not up to the standard of the Pentacon tubes, and the maximum degree of extension available is much shorter.

For years I thought that Arsenal only produced automatic tubes, but a set of tubes received in 2012 is manual.  As with the Pentacon tubes, the manual Arsenal tubes lack the aperture pin that holds the lens diaphragm open until the shutter is fired.  (These manual tubes were clearly not of recent manufacture in 2012.)

As with the Pentacon manual tubes, diaphragm automation may be obtained by adding the special Pentacon aperture control ring with a double cable release.

The automatic tubes do have the aperture-transmission pin, just visible in the next picture.  In other respects, they are identical to the manual tubes. 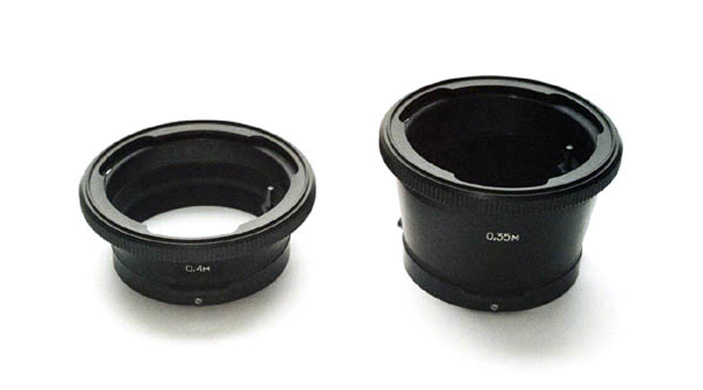 
Shading the lens when it is mounted in reverse


The section on the Pentacon Six bellows explains how increased definition may be obtainable when mounting the lens in reverse, via the reversing tube.  The rear element of the lens is then unprotected from stray light that might degrade the image, or objects that might damage the lens.  An excellent lens shade for the rear of the lens can be provided by an extension tube of suitable length.  As the special aperture control ring is quite shallow, consider adding a further tube if necessary to shade the lens (checking carefully that no image cut-off is caused!).

Using the 2× converter
A reference to this accessory may seem out of place here, but remember that a 2× converter does not affect the minimum focussing distance of the lens with which it is used.*  It therefore enables you to take closer-up pictures.  You can of course combine a 2× converter with other close-up accessories, as in this shot taken in my garden one summer.  It reminds us that close up doesn’t just mean microscopic; without the 2× converter and an extension tube, I just couldn’t get close enough to these plums. 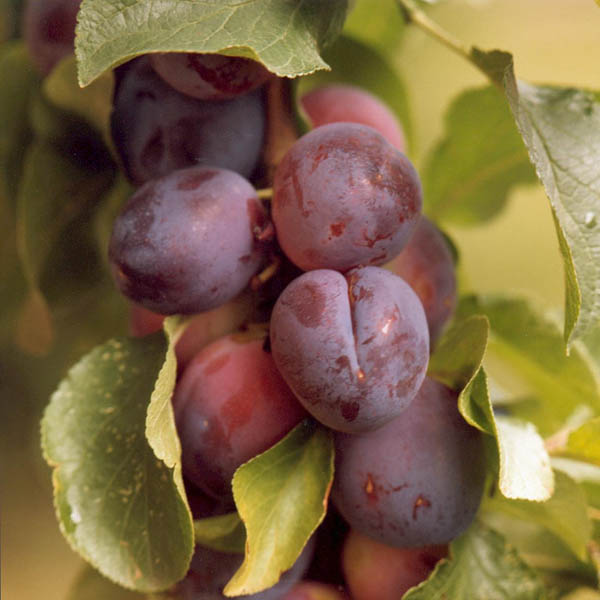