A teleconverter dramatically changes the angle of view of any lenses with which it is used.  Carrying a relatively small converter can reduce the need to have a large, heavy and often expensive long lens in the camera bag.  Here is an example of a typical effect.

Teleconverters available for the Pentacon Six

There are at least three 2× teleconverters in the Pentacon Six mount:

There are some other teleconverters with the Pentacon Six mount, but these appear to be variants of the top two converters listed above.


1) they all seem to have an improved multi-coating;
2) they have much better quality control, which reduces the chances of a faulty product leaving the manufacturers.
They also have different external cosmetic appearance.
Whether or not this is an improvement is a matter of personal taste, but most people who have expressed an opinion seem to view it as an improvement.

For a report on the remarkable Kilfitt Multi-Kilar 2× – 4× variable teleconverter, see here.

Report on the Hartblei 2× converter

You can see a report on the Hartblei 2× converter here.

It is the shape of the Schneider 2× converter that is most different from all other converters with the Pentacon Six mount. As with the Carl Zeiss Oberkochen 2× converter for the Hasselblad (not reviewed on this website), the front element of the Schneider converter is mounted at the end of a narrow tube a long way forward of the front mount of the converter. This means that it protrudes into the back of the lenses with which it is used, resulting in some compatibility problems. Although the Exakta 66 manual says that the 2× converter can be used with the 80mm lens, this is not the case.  (I am sure that the manual was written before the converter was manufactured.)  As later Exakta 66 literature states, the Schneider 2× converter can be used with (Schneider) lenses from 150mm on up. It can be used with very few Carl Zeiss Jena or Arsenal lenses, as they mostly have a rear element that is right at the back of the lens – although it works well with the Pentacon 500mm lens – see the section on 1000mm. 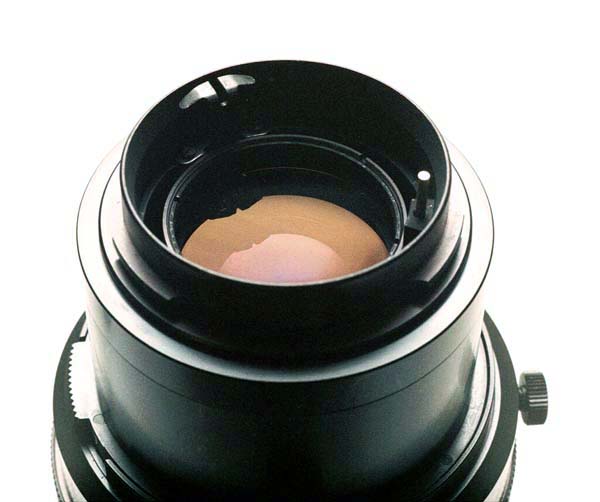 Close-up of the rear of the Carl Zeiss Jena 300mm f/4 Sonnar lens.
The rearmost element of this lens is only just below the mount, and the Joseph Schneider 2× converter cannot therefore be mounted on this lens.
The fork-shaped connector at 11 o’clock in this view engages with a pin in the Pentacon 35mm adapter,
transmitting the aperture selected on the lens via the EDC contacts on the adapter to the metering circuits in Praktica LLC, PLC and VLC cameras.
[C308-17]

Converters do not reduce the minimum focussing distance of a lens, but they don’t increase it either!  The result is that with a 2× converter, you get the same image as if you had been able to get twice as close!  For example:


So sometimes using a converter (possibly in combination with an extension tube) enables you to photograph a much smaller area.  You can see an example of such use of the 2× converter here (scroll down to the bottom).

Alternatively, if you are happy with the coverage with the standard lens, using the converter with it enables you to increase your distance from the object, thus reducing the risk of casting a shadow on what you are photographing, or of startling it, in the case of wildlife, insects or children!

I report on this remarkable converter here.

Occasionally, other teleconverters are seen.  I report on one of these on a separate page, here.

Arsenal also manufactures a 1.4× teleconverter which has the advantage of only reducing the amount of light reaching the film by the equivalent of one stop, while 2× converters reduce the amount of light by two stops.  (This is not a fault, but a consequence of the enlarging the image projected onto the film by the lens/converter combination to twice the size in each dimension.)  You can see it included in one of the photographs above.

For a report of a converter that is placed in front of the lens, see here.

If you just want to see results obtained with the 2× converters, see parts of each of the following sections:

If you prefer to work through the whole lens test without missing anything out, click below to go on to the next section.  You will also see the results obtained with the 2× converters at the appropriate points.

If you are following the results of the lens tests, the next section is here.

If you are working through the lens data section, the next section (other converters in the Pentacon Six mount) is here.

To go back to the section on adapters, click here.

To see in detail how the Schneider teleconverter transmits the aperture information to the Exakta 66 TTL meter, click here.